I Want Jesus to Walk with Me (Choir)

A note from the arranger:
When I was an undergraduate student at Philadelphia Biblical University (now Cairn University), one of the most influential people and teachers in my life was Samuel Hsu (1947-2011), who was head of the piano faculty and taught all four of my Music History classes. He had accompanied me (as a singer) in recitals and worship services; we even shared the same birthday, although he was born many years before me. He was a godly man, an elder at Tenth Presbyterian Church, Philadelphia, who was there for me during my darkest of hours. He was a humble, wise man who had been gifted by God in exceptional ways. However, God suddenly took him home to glory in a very tragic way.

It was difficult to understand why God would take such a godly man this way and I frequently mourned over him. It wasn’t very often in my life that I cried in the ways that I did when my teacher and friend died. I soon realized that the reason so many tears were shed over him was because of the tremendous influence he had in my life. But the back-story behind this song does not have to do with his death, but his life, which he lived in full service of Christ.

Starting in 2004, for five summers, I was on faculty at Csehy Summer School of Music directing the choirs, teaching voice, music history, and theory. Dr. Hsu was also on faculty there until his death and it was an honor to work along side someone who I had looked up to for so long. During the music camp each evening there was a time of singing old gospel songs from the hymnal and sharing, amongst other things. It was a special time where Dr. Hsu often led the singing from the piano with authority and zeal. Well, in 2005, during one of the evenings, we sang and he played the spiritual “I Want Jesus to Walk With Me.” It was very moving. After going home that evening I was inspired to arrange this song for choir for my master’s conducting recital at Westminster Choir College. It came to me very quickly and just a couple months later I performed it for the first time.

Later, after his death, there was a memorial service held at Philadelphia Biblical University for which I traveled alone 12 hours by car to attend. During the service, my voice teacher from the University sang this same song dedicated to Dr. Hsu. I found out that evening that Dr. Hsu had made a special request of my voice teacher, Dr. David Shockey, years ago that he sing this song at his funeral. Since Samuel Hsu was the inspiration behind this song and he loved it so much, I have dedicated it to his memory. May God grant that we all walk with Jesus as Samuel Hsu did, trusting in Him and giving Him all the glory. 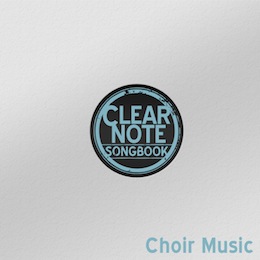