Lyrics and music by Jody Killingsworth

Come now, my friend, how can you say
Like a bird up to his mountain I should fly away?
All hope is gone, this is the end
Now retreat’s the only course that you would recommend
My friend, your counsel of defeat is like a coal
It burns my soul

Look out, you say, the wicked’s bow
Has got an arrow on the string and he will let it go
All hope is gone, they say it’s true
That when foundations are destroyed what can the righteous do?
My friend, but you forget the Lord is on His throne
And we’re His own

The Lord is in His holy temple
He that rules the earth is in His heaven
His eyes behold, His eyelids test
The hearts and minds of all the sons of men

Come now, my friend, you need to know
It is nothing for the Lord to break the wicked’s bow
It’s in His power to judge all men
If there’s one in love with violence, God will deal with Him
He’ll send the fire of a mighty burning wind
And bring an end

The Lord is in His holy temple
He that rules the earth is in His heaven His eyes behold, His eyelids test
The hearts and minds of all the sons of men (x2)

So now, my friend, I hope you’ll hear
There’s no reason for you now to be a slave to fear
For God is great, and God is good
And He’ll reward the righteous man just like He said He would
By giving all His sons the warmth of His embrace
By putting all rebellious sinners in their place
And one day those of us who’ve trusted in His grace
Will see His face 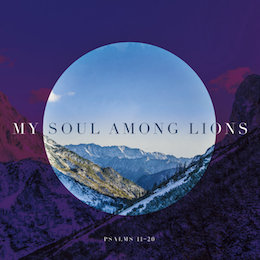 Theme:
Christian Warfare, Deliverance, Dependence on God, General, His Authority, His Faithfulness, His Power, His Sovereignty, His Truth, Obedience, Perseverance, Tribulation and Suffering